The quest all started a couple of weeks ago on a Sunday afternoon when I heard of a mountain lake that had nothing but Arctic Grayling as it’s inhabited fish population. My interest peaked instantly as this was a fish I had yet to hook on the fly. I made it my goal to backpack into this lake someday and try my luck at hooking into one of these beautiful fish. This past weekend, I had the opportunity to fulfill my fly fishing quest for Grayling, on a solo backpacking trip to 7683 feet. Disclaimer: This particular lake will go un-named in this post, but it won’t be too hard to figure out with a little research. Before you ask, all these photos were taken with my GoPro, by remote. 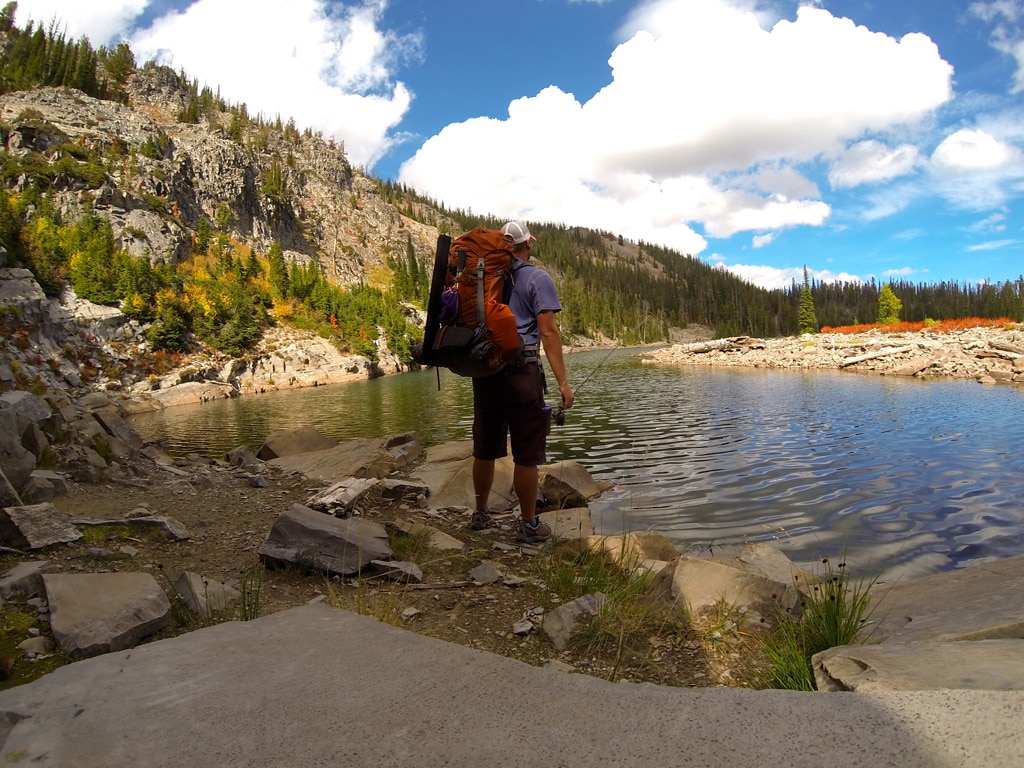 The day started with a stop at one of my favorite breweries in Philipsburg, Montana for a couple of delicious beers, my version of carboloading for the hike. After said carboloading and chatting with the locals, I loaded up in the truck and was on my way to the trailhead, via some very scenic terrain. Driving through this area really makes you take a step back and realize how lucky we are here in Montana, to live in such a magnificent and beautiful place with natures playground literally in our backyard. I find myself taking this for granted sometimes and everyone needs to understand just how good we have it. 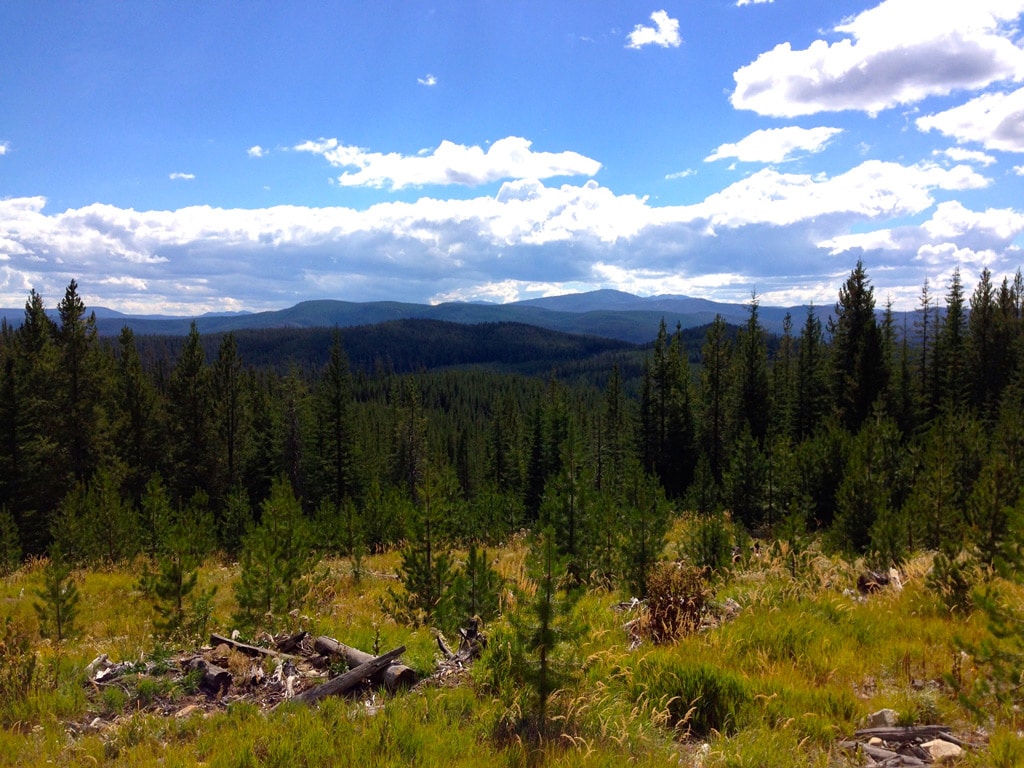 This adventure is an easy 2.5 mile hike into the lake, but the feeling of remoteness is very present. You’d think with the ease of access, there would be more people but I had the entire lake to myself all day Saturday, Saturday night and Sunday till about noon. I’m sure there are more people during different times of the year, but I don’t know of a more perfect time than fall. The trees and shrubs were changing colors, the crisp fall air and the golden sun… it was breathtaking. This was the first time I have done a solo backpacking trip and I learned a lot about myself. I learned that it’s easy to go 24 hours without saying a word, that nature is more beautiful when you have no distractions and finally, I learned that your mind can play some pretty evil tricks on you when sitting around a campfire in complete silence and darkness. Put it this way, you conjure up some crazy ideas and noises, which put you on edge… slightly. However, once I settled into my tent for the night, I had complete comfort and confidence, like the tent could really protect me from anything, but alas, I conquered the fear. 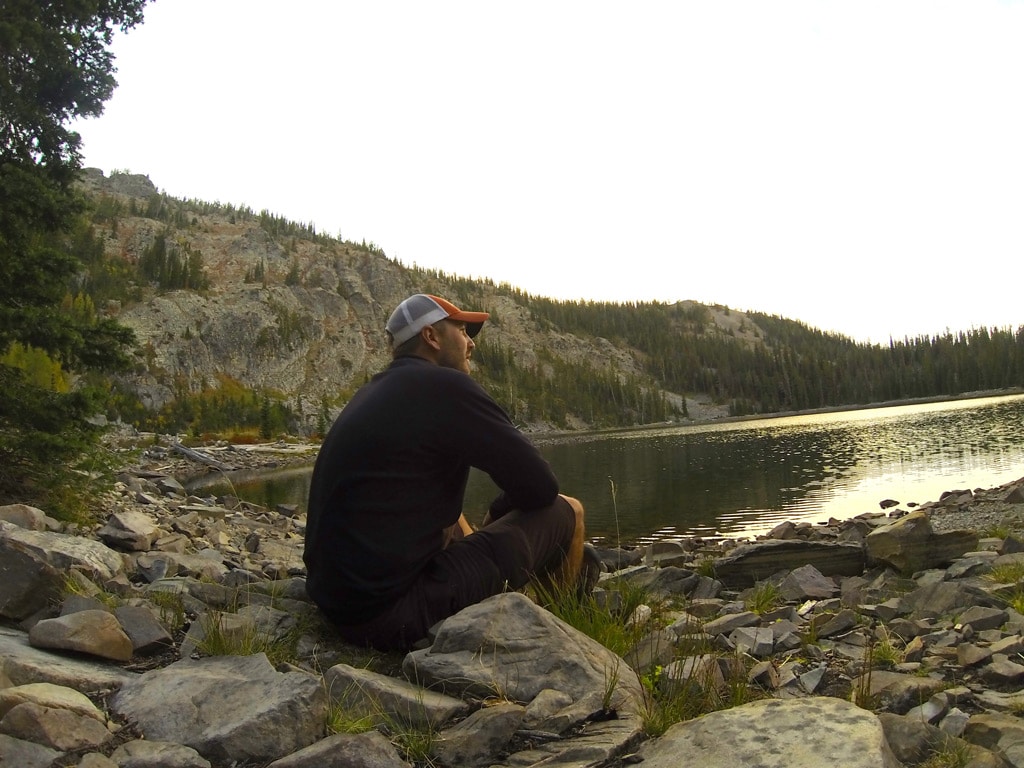 Back to the real goal of this trip, the Arctic Grayling. When I first arrived at the lake, I stood there and took in the peace and serenity in which I found myself in. The dragon flies were cruising around like war planes, the bees were buzzing and the fish were feeding all over the glass-like lake. I had reached my destination and I couldn’t wait to get the flies on the water in hopes of catching the Arctic Grayling.

I started by walking around the lake and finding a great camp spot, set up camp (get the busy work out-of-the-way) and then proceeded to rig up the fly rod for an evening of arm exercises. I first tried just a dry fly, a black ant, with no luck. The arctic grayling were feeding all around but no takers. I then tied on a parachute adams with a hares ear dropper and found almost immediate success on the dropper. They fish took to the dropper as soon as it hit the water, not even giving it a chance to submerge itself for very long, you didn’t find me complaining though. I hauled in my first Grayling and a great sense of accomplishment took over my body, I was a proud fly fisherman. To some, it may not seem like a big deal, but to me, I set out with a goal and succeeded. 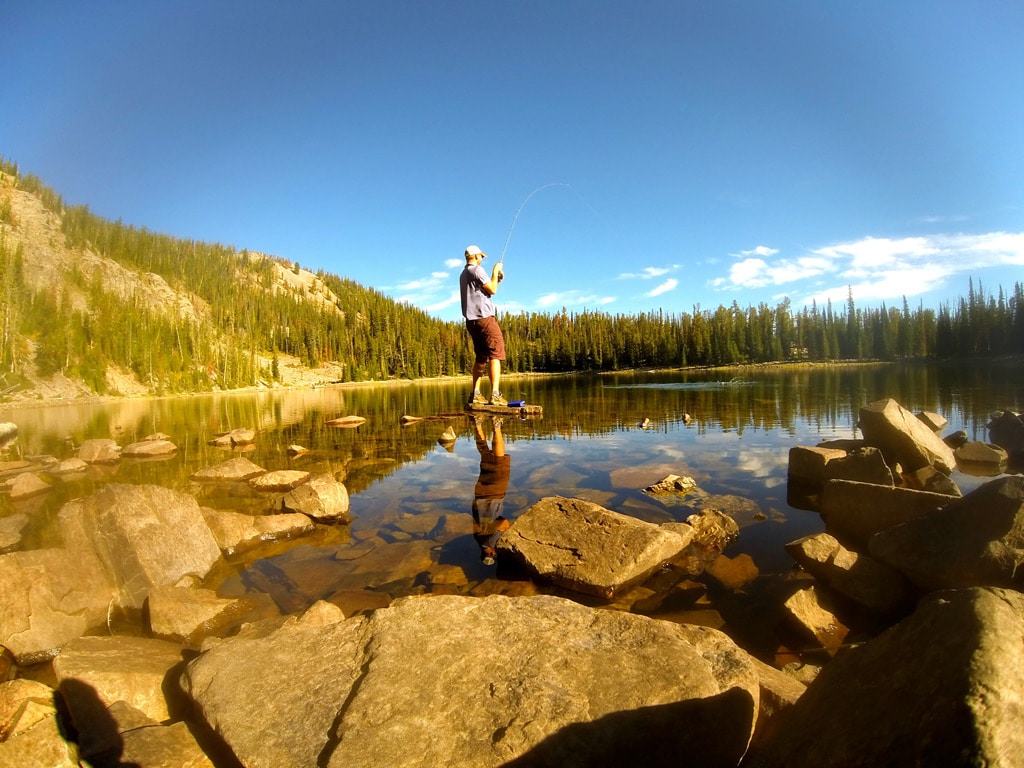 The rest of the evening was filled with a lot of casting and quite a few fish. I fished up until dark and had a blast. Most of the fish were between 10-12 inches, but on my 3wt TFO rod, they felt much bigger. One thing I noticed about these fish, they did not like to be held. They flopped more than any other fish I remember catching. I kept telling them, just chill for a second and I’ll get the hook out of your lip and you’ll be on your way, but as you would guess, they didn’t listen very well.

The next morning I woke up to an absolute gorgeous scene. The golden sun was peaking over the trees, the water was smooth as glass and the fish were feeding. I set out to find a point where I could cast out the farthest and hooked into the largest fish of the weekend. The fish was about 14-16 inches, like I said, they were hard to hold so I didn’t get a very accurate look but you can see the photo of the fish in the water, it had some size. The colors of these fish blow me away, they are stunning and the crystal clear water allowed for some great looks at these fish as they attacked the fly and were hauled in. 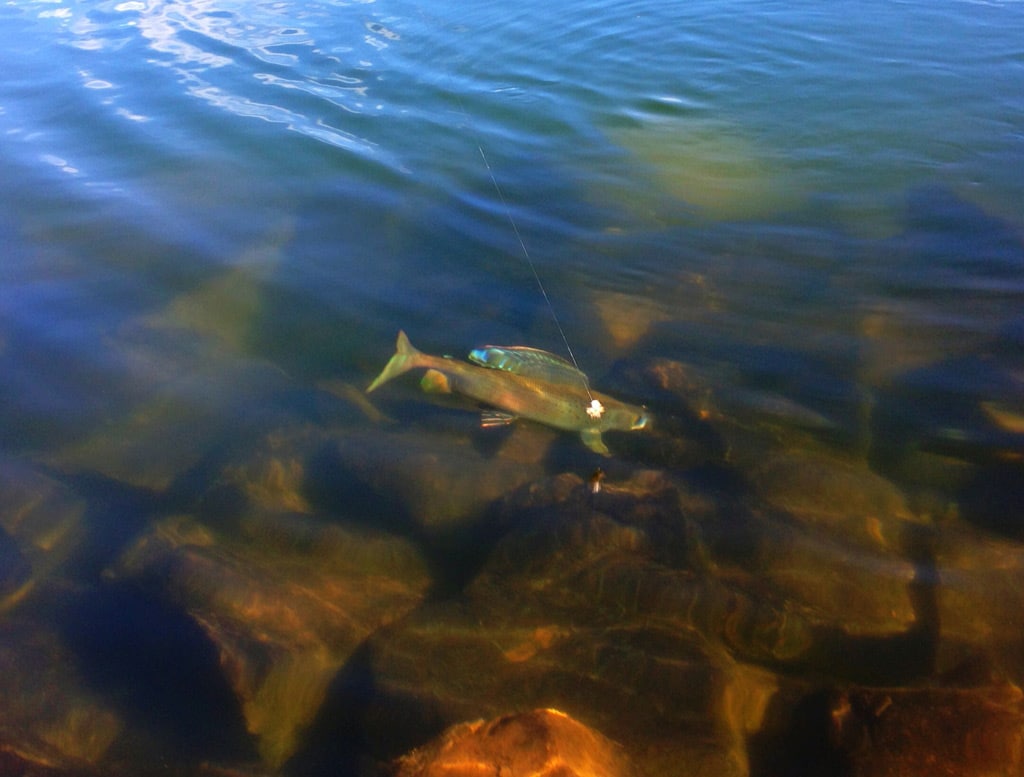 Another thing I noted about these fish, they seemed rather picky for a mountain lake fish. In my experience, high mountain lake fish usually go for pretty much anything you throw at them as the food availability is less abundant than say a river. These fish turned away more than usual, maybe they saw my line due to the clear waters… who knows.

After another successful day of fishing, I decided it was time to pack up and head out. I said my goodbyes to the lake and off I went. As scary as it may seem, doing a solo trip into the mountains is quite refreshing. Like I said, without distractions it really allows you to get a full appreciation of the outdoors and the abundance of nature that surrounds us. I highly recommend you try it at least once, and do it with another goal in mind, so when you carry out that goal, you can literally do a celebration dance like no one is watching, because nobody is.